Hanging my feet off the edge of the Grand Canyon...

It's the most amazing feeling. Overwhelming. Majestic. So full of glory. I am so small and creation is so big. God's creativity is incredible.

I just got back from the Grand Canyon yesterday. We left at 6 friday morning (Anne Marie, David, Jaydin, Jordan and I) and drove up through Sedona. We stopped at Oak Creek Canyon for an hour or so and just goofed around. It was beautiful. Lot's of the leaves had already fallen but a lot were still bright yellow. We got to the Canyon and set up camp at Mather Campground. It's a very nice spot...on the South Rim. It was COLD. We bundled and bundled. The low friday night was 14!! But I actually got HOT. I think because I had so many stinkin' layers on!! We played Mad Gab in the tent friday night. It was tons of fun. Anne Marie and I kicked the guys' butts. We rock at that game.

We didn't get a ton of sleep that night because Jaydin was fussy. He developed a bit of a bad cough. Poor guy. When we did wake up the next morning it was 9:30!! I have NEVER slept in that late on a camping trip. It didn't get dark until later in the morning, though, so that was part of it. The sun woke us up later :)

We spent Saturday seeing the visitor center, bookstore, and driving down the Desert View loop. We stopped at Grandview to hike. It was a very steep hike. Luckily we found a baby backpack for rent for only $6 a day! It was a great investment....2 yr olds don't like to stay still. Especially not on the edge of the Grand Canyon. It was cloudy all day saturday and pretty windy. I think the temp was right around 50. We went back to the campsite kinda early to build a big fire and warm up. We roasted hot dogs and marshmallows. YUM. I love roasting hot dogs over a fire. So good. It started to sprinkle a little bit later that night...not good. We went into the tent and played cards for a while but we ended up going to bed around 8:30. We woke up at 5 in order to get on the road by 6. Jordan had to get back for a wedding he was going to and I had to work at 5. Bleh. The drive back was fun also. I just love road trips so much! And that is such beautiful country up there. I loved driving across the wide open country of the reservation and then on through flagstaff. We stopped in Phoenix for In-N-Out on the way home. good food.

I was so bummed I had to work...especially since I guess I wasn't supposed to go on the trip with my manager....its a major no no and people aren't supposed to find out. I guess she could get in some trouble. I hope not. I requested those days off a month before with our head manager, Denise. AND I was thinking earlier about just quitting before the trip and not working this week...which would be ok because I wouldn't have been a fry's employee and it would have been no big deal that I hang out with the manager. But since I AM working this wee, it's this big drama. Sigh. I'm kind of upset about it all. Hopefully it won't make my last week a bad one.

Anyway. The trip was lots of fun. I love Anne Marie SO much. I am going to miss her like crazy.
Here are pictures...OH! I forgot to tell you. When we woke up Sunday morning, there was snow! Only on the table at our campsite but once we started driving out of the park we saw a lot more. On the higher parts of the canyon, the mountains were covered! SO BEAUTIFUL! I almost hit a family of Elk leaving the park. They were right in the middle of the road! 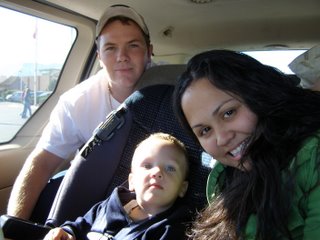 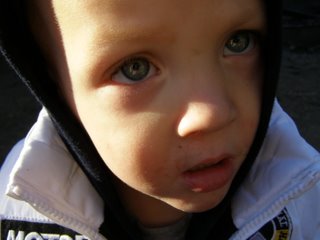 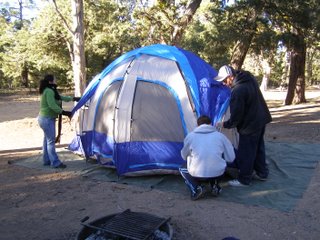 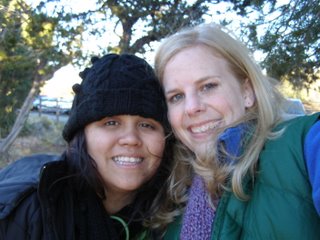 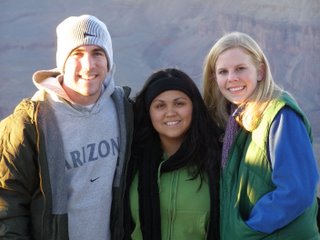 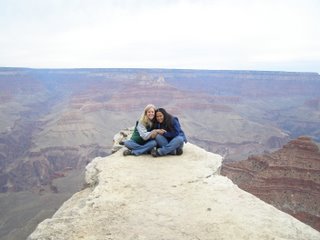 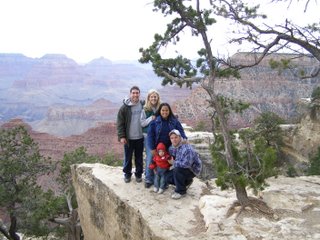 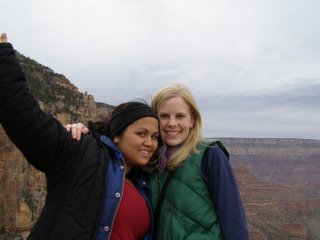 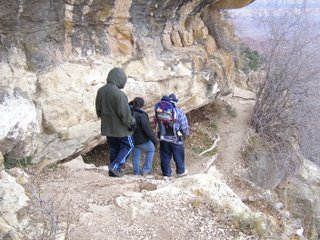 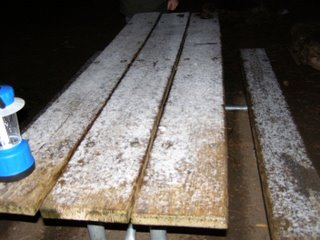 I love your pictures. Anne Marie is so beautiful! I called you back...let's talk soon.